Seiya Sanada is a Japanese professional wrestler from Niigata. At the time of writing, he is a freelance wrestler for New Japan Pro-Wrestling (NJPW); wrestling for them under the ring name SANADA.

Sanada tried to earn a training spot at the NJPW dojo in 2005 but failed the introductory test. He then started looking at other promotions, and was eventually accepted byKeiji Mutoh’s AJPW-affiliated Mutohjuku school.

Sanada made his professional wrestling debut on 13 March, 2007, in a match where he teamed up with Ryuji Hijikata against Katsuhiko Nakajima and T28 and lost.

Sanada won his first honor a few months into his professional career, byt winning the Samurai! TV Triple Arrow Tournament in May 2007, as a part of a team consiting of him, Nakajima and Kensuke Sasaki. 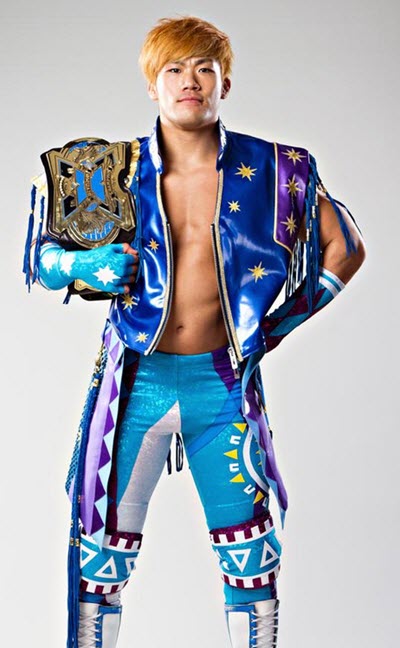 Championship wins, awards and other accomplishments