Short facts about the championship

A title holder must successfully defend his title to keep it. If he wins the match, he remains champion. If he loses the match, a new champion is crowned. 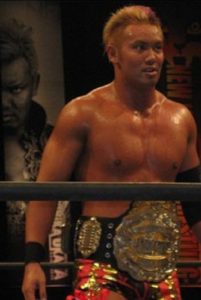 If the current champion can’t and won’t participate in a match to defend his title, a tournament will be held to determine a new champion. This has happened several times in the history of the championship, usually because the reigning champion has been injured.

The championship has been represented by four different belts. The current belt was introduced in March 2008.

In 2006, Brock Lesnar caused commotion within the wrestling world by refusing to defend his title and refusing to return the physical belt, claiming that NJPW owed him money.

A vast majority of of the championship winners have been Japanese wrestlers, but a handful of foreigners have also managed to earn their way into this exclusive groups, such as: