It was founded back in 1933, when lucha libre shows in Mexico was a disorganised passtime where various local or foreign promoters arranged shows now and then in various locations. Along the northern border, wrestlers from the United States was almost always the main attraction for major events. CMLL changed all this and is to this day known as “the serious and stable” wrestling promotor.

Most CMLL events are held at the Arena México in the capital, an arena built by CMLL founder Salvador Lutteroth in the mid 1950s. With a seating capacity of 16,500 for wrestling events, this arena is known as “the cathedral of lucha libre”. The biggest weekly show in the arena is the Super Viernes held on every Friday, but Tuesdays and Saturday nights are also important show times. The Super Viernes has been promoted in a regular basis since the 1930s.

Another important arena for CMLL is Arena Coliseo, an indoor arena in Mexico City built by Salvador Lutteroth in 1943. This arena served as the major venue for CMLL from its completion in 1943 to the completion of Arena México 10 years later. Arena Coliseo was the first building in Mexico created specifically for lucha libra. 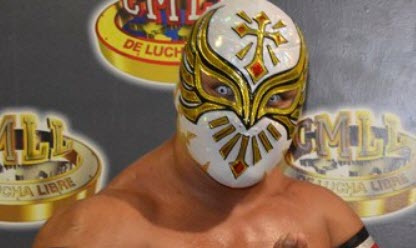 Founded back in 1933, CMLL is the oldest extant wrestling promotion and also one of the most conservative. In Latin America, it is referred to as “La Seria y Estable” which means “the serious and stable one”.

Here are a few examples of how CMLL distinguish themselves from most other promotions:

CMLL have also held many internet-Pay Per Views (PPVs).

Since 2015, CMLL is making shows (including live shows) available on their own YouTube channel.